The fact is, most effective Major League relievers are converted starters. But, that's no reason to ignore the crop of pitchers performing primarily as relievers in the Braves' Minor League system, as the tops names are each not only talented but have succeeded as they've moved up the ladder.

6. Kevin Gunderson B/T: R/L Born: 9/16/1984 Ht: 5'10" Wt: 165
The nephew of former Major Leaguer Eric Gunderson, the diminutive lefty was drafted in the 5th round in 2006 after making a name for himself by leading Oregon State to a College World Series title by pitching effectively as both a starter and a reliever. Gunderson has only pitched out of the bullpen as a pro though, working his funky low 3/4 delivery for a 3.01 career ERA. After pitching the second half of 2008 with Mississippi, he returned to AA in 2009 and succeeded, collecting a 1-3 record, 2.55 ERA, and 1.31 WHIP in 49.1 innings.

When he was drafted it was believed that Gunderson would be able to move through the minor leagues quickly, but three and a half seasons later he's only played 2 games above AA. The good news is that he's remained effective throughout his career. While he doesn't have overpowering stuff, he still gets good movement on his fastball, good break on his slider, and, when he is able to harness it, his changeup is a weapon. Unfortunately, he didn't show much ability to negate lefthanded batters last season, allowing a .322 average against lefties compared to just a .211 average against righties.

Gunderson will likely be invited to Major League Spring Training with Atlanta to see if he can earn a bullpen spot, but he'll probably be spending the majority of 2010 with Gwinnett trying to refine his game. If he can continue to remain an effective reliever he'll certainly be looked at as a Major League option, but if he isn't able to get lefites out at a better rate he won't have much success at the highest levels. 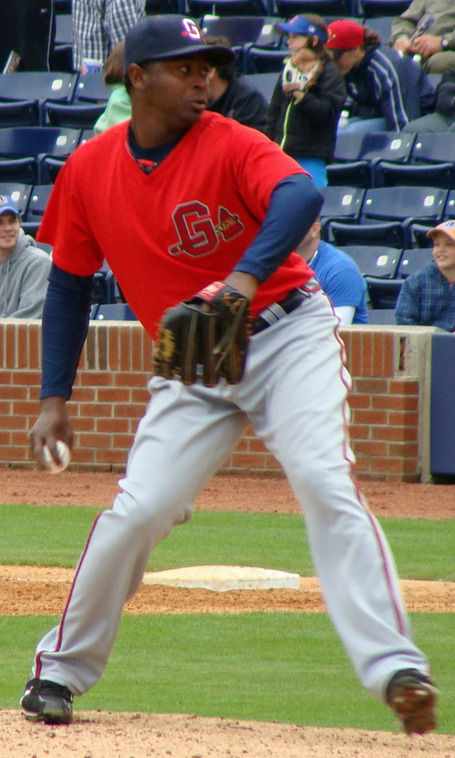 T7. Luis Valdez B/T: R/R Born: 5/5/1984 Ht: 6'2" Wt: 205
Valdez is proof that Minor League free agent signings shouldn't be overlooked. After struggling to harness his talent in four seasons with various Pirates A ball teams, mostly working as a starter, he was signed by Atlanta prior to the 2008 season to provide bullpen depth for Mississippi. He went on to shine as the team's closer, collecting 28 saves in an All-Star season. He followed up that performance by collecting another 27 saves in 2009 for Gwinnett, while also racking up a 5-4 record with a 3.28 ERA and 1.19 WHIP in 71.1 innings. He made his Major League debut with the Braves in July, pitching one game then and two others late in the season.

With his low to mid 90s fastball, diving slider, and show-me changeup, Valdez is the typical reliever. His stuff is good enough to make him dominant out of a Minor League bullpen and he should have little problem adapting to Major League hitters. By getting knocked around in his early career with the Pirates, he learned a lot about who he is as a pitcher and what he needs to do to succeed. The reason he's been so successful with the Braves is that he's cut back the types of pitches he throws and has trusted his stuff.

Valdez is likely to be given a chance to earn a spot in Atlanta's bullpen out of Spring Training in 2010 and there's little reason to doubt that he'll be able to earn one. No matter what Frank Wren works out with the back of the bullpen, there's likely to be a spot or two up for grabs and Valdez has both the physical stuff and the mental makeup to claim one of those positions.

T7. Ryan Weber B/T: R/R Born: 8/12/1990 Ht: 6'0" Wt: 170
After playing for the Juinor National Team in high school, Weber was thought of as a possible 1st round draft pick, but scared teams off on draft day with his contract demands and wasn't picked until the 12th round by the Phillies. He opted to go to Junior College, hoping for a better result a year later, but fell even further in the draft, as the Braves picked him in the 22nd round. The team managed to sign him right near the deadline and they were rewarded with their dilligence as he pitched well in 10.1 innings for the Orlando Braves in the GCL, working a 1.74 ERA and 0.77 WHIP while striking out 13 and walking none.

Weber is smallish but he's also deceptive, with a delivery that hides the ball from the hitter, a whip-like arm action, and a low 3/4 arm slot. His fastball is a plus pitch, working with a ton of movement in the mid 90s, and he combines it with a big, looping slider that rolls in in the low 80s. He'll be just 19 entering the 2010 season and though he'll start with Rome, his unique skill set indicates that he might be able to blow through Atlanta's Minor League system. 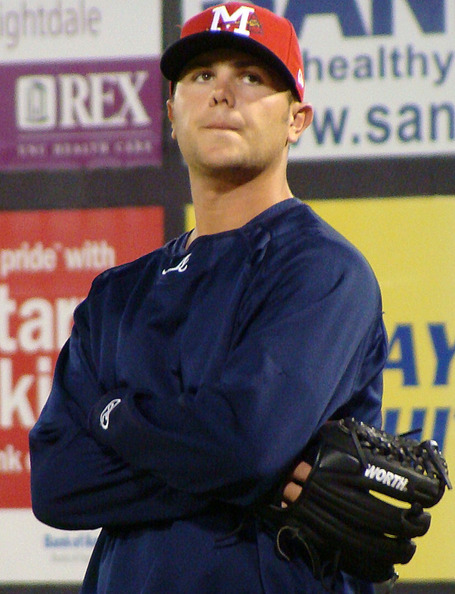 T9. Lee Hyde B/T: R/L Born: 2/14/1985 Ht: 6'2" Wt: 185
Before 2009 there was a rumor that Lee Hyde was a myth. After a standout career at Georgia Tech the Atlanta native was drafted in the 4th round of the 2006 draft by the Braves and pitched well in 16 games between Danville and Rome. But then he suddenly disappeared into the mythical realm of Big Foot, the Loch Ness Mosnter, and Marlins fans. The stats say he pitched 16 games between 07 and 08, but nobody could be found to actually verify this. The Legend of Lee continued in in early 2009 as he was nowhere to be found once again. But, in May, something strange happened, Hyde was actually able to take the mound and by the end of the year he had pitched in 26 games, 45% of his career total, and pitched well, with a 5-2 record, 2.27 ERA, and 1.03 WHIP in a career high 35.2 innings while striking out 11.4 batters per 9 innings.

While Hyde hasn't always been able to show his pitching ability, one thing his recovery from Tommy John surgery has shown is his determination and work ethic. A former starter, Hyde mixes a low 90s fastball with run on it with a mid 80s slider and a developing knuckle-curve, which could become his best pitch. He's been as effective against lefties as he has against righties and has an advanced feel for pitching.

Pitching in the Arizona Fall Leauge, a league roundly known for the quality of its hitters, Hyde has performed well, striking out 13 in 12 innings while allowing 4 runs and a.167 average against. He was added to the Braves' 40-Man roster today and while he'll like return to AA Mississippi to start 2010, his age, he'll be 25 at the start of the season, combined with his talent, indicate that he could find himself in Atlanta's bullpen by the end of the season. 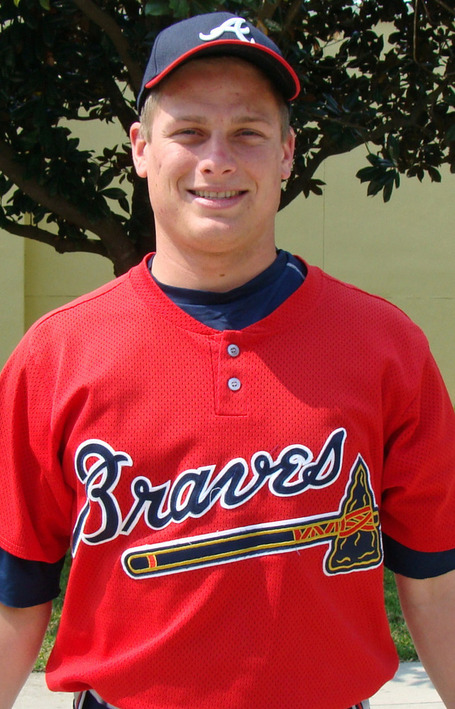 Butts doesn't have overpowering stuff, working with an average fastball, slider, and changeup, but he's an advanced college player who knows how to pitch and, more importantly, how to pitch out of the bullpen. Like Valdez, Gunderson, and Hyde, he'll likely be invited to Atlanta's Major League Spring Training, and though he's apt to spend the majority of the season with AAA Gwinnett, there's a good chance that he could find himself as an option out of Atlanta's bullpen at some point in 2010.