Talking Chop reveals our top 5 prospects in the Braves' system at midseason.

After bringing you prospects #16-25 on Monday, #11-15 on Tuesday and #6-10 yesterday, we'll wrap up Talking Chop's Midseason Top 25 Prospects List this afternoon with #1-5. Even with 5 bloggers voting this year, it was incredibly close, and only 3 votes separated the top three prospects.

Note: All statistics in bold represent the player's season-long stats to that point and may have been accumulated across multiple levels. If the player is currently in the majors, but has spent a majority of time in the minors, the statistics will indicate that they are only for the minor leagues. For pitchers, BB is a measure of unintentional walks, not total walks. 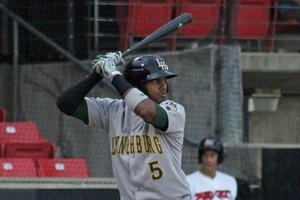 The Braves' top international signing in the spring of 2010, Edward Salcedo has been moved up aggressively in the organization ever since, despite having yet to put everything together over the course of a full season. In a system bereft of legitimate hitting prospects, especially in the upper minors, Salcedo jumps to the top on tools alone. The first thing that stands out when you see Salcedo is his imposing figure. The third baseman stands 6'3" and has enormous broad shoulders. He reminds me of Jason Heyward a bit, in that he's quite tall with a large frame and he makes the bat look small in his hands. That frame, along with a lightning-quick bat, projects excellent power down the line. He has 31 extra-base hits in 90 games so far this year with Mississippi (20 doubles, a triple, and 10 home runs) and has projection for even more as he continues to add muscle to his frame. Perhaps most encouraging about Salcedo is that his plate discipline and defense have made strides this year. In the past, a knock on Salcedo was his over-aggression at the plate. This year, however, against the superior competition of the Southern League, Salcedo has upped his walk rate to 9.3% after posting a 6.5% rate last year with Lynchburg. On defense, he's cut down on errors and is beginning to look comfortable in the field. With an arm that will definitely play at third, Salcedo's glove will have to keep improving.

Salcedo is only 21 and in AA, so he's young for the league. He's responded well to his aggressive promotion, but is still quite raw - as most international signings tend to be. There's an outside chance we see him in Atlanta in 2014, but I'd be more comfortable with him continuing to refine his bat and glove in the minors. A 2015 arrival seems more likely. 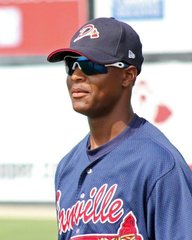 Mauricio Cabrera was the Braves' highest touted international signing since Edward Salcedo, and the young righty has certainly shown why so far in his brief career. The young Dominican throws from a very low three-quarters arm slot, and his explosive fastball is his best weapon. Cabrera's fastball can sit around 94-95 with seemingly little effort, and he can dial it all the way up to 96-97 if he needs to. Though he's still working on developing consistency with the pitch, when he throws it correctly it features some pretty nasty sink in on the hands of righties. His offspeed offerings are both incredibly raw right now, which would explain the lack of an elite number of strikeouts so far. His best offering is a slurvy slider that breaks down and in against lefties. The movement on his slider is good, but he'll have to sharpen it up as he goes along. If he does that, the slider could definitely be a plus pitch at the major league level. Cabrera also features a changeup that is still pretty green, but should project to be a major league average pitch. His control still leaves much to be desired, as evidenced by his 4.87 BB/9 this year, but that should improve as he learns how to pitch and not just throw. 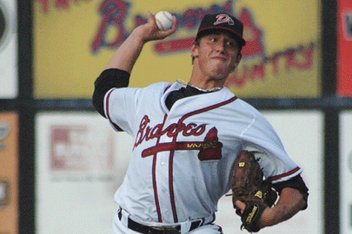 After several years of drafting low-ceiling "pitchability" left-handers, Lucas Sims was a breath of fresh air in the Braves' drafting strategy. Atlanta's first round pick in 2012 (21st overall) was a young, high-ceiling prep arm from Brookwood High School in Georgia. Sims's fastball sits in the low 90s with good run, but he can touch as high as 95. With a big frame (he's 6'1", 200 pounds) Sims should be able to add even more velocity as he goes. His primary offspeed offering at this point is his curveball, a wicked, sharp-breaking 11-5 hammer that sits in the mid-upper 70s. Sims also throws a changeup which didn't look too special when I saw him pitch earlier this year, but it has the potential to be major league average down the road. He has a feel for pitching that's quite advanced for his age, and I expect it to lead to an improvement of his command down the line.

So far this year, Sims has struck out over 10 batters per 9 innings, and those numbers should stay excellent as his velocity, command, and breaking pitches continue to develop. Of all the pitching prospects in Atlanta's system, Sims probably has the highest ceiling right now. It's only his young age and the uncertainty therein that pushes him down to 3 on our lists, but it was extremely close voting. The sky's the limit for Sims, and if he continues to develop as expected, the Braves could well have another top of the rotation arm on their hands. 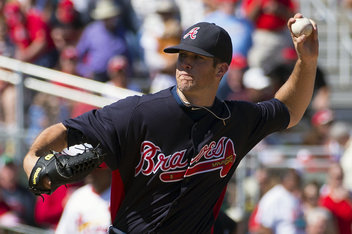 The statistics above are from Alex Wood's 10-start stint at Mississippi to open the year. Here's the crazy thing: those numbers have actually improved since he got the call to Atlanta. In Mississippi, Wood struck out exactly 9 men per 9 innings, but in the majors, he's bumped that up to 10.64 K/9. His BB/9 has also jumped, from 2.37 to 3.27, but both of these can be explained by his coming out of the bullpen, as throwing harder in shorter bursts should lead to an uptick in velocity (and perhaps a downtick in command). His FIP, 2.27 while with Mississippi, is 1.79 with the big league club. All that taken together, plus the general poise he showed on the mound, led the Braves to send him back to AAA for a brief stint to stretch out as a starter again. In fact, if all goes as planed, he should start tonight. It's not known yet who Wood will replace, but given what he's shown so far, the Braves owe it to Wood and themselves to see if he can make it as a starter.

Wood relies primarily on two pitches: his fastball that sits around 94 MPH and his plus changeup. His changeup is a devastating offering that plays perfectly off of his fastball. With a deceptive delivery and nasty late break, Wood has used his changeup to great effect in bigs, generating whiffs a whopping 27% of the time he throws it. His other offering is a sharp curveball (Craig Kimbrel helped teach him to throw it!) that is average and improving. Some discounted Wood as a starter because they were worried about the development of that third pitch, but the Braves have to like what they've seen of it so far. In his brief stint out of the pen, Wood was getting whiffs on 16% of his curves.

***Statistics from stint with Mississippi 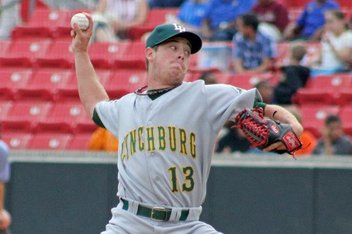 Graham, Atlanta's 4th round pick in the 2011 draft, was taken out of Santa Clara, where he didn't even pitch full time until 2011. But since the Braves stole him in the 4th round, he's been nothing short of fantastic. Graham throws two different fastballs, both of which are major league caliber pitches. His four-seamer sits 96-97 fairly easily, and he loves to elevate it when ahead in the count. He contrasts the heater with a two-seamer that sits around 92 and has plus sinking action on it. Graham really has a feel for throwing both pitches and mixes them well to induce tons of groundballs and strikeouts. He throws a plus slider as his primary offspeed offering that sits in the mid-80s with great movement. He's also been working on a changeup, but it's easily his weakest offering, as he tends to telegraph it. With some work and consistency, it could be a major league average pitch.

Craig Goldstein, of SB Nation's Fake Teams, had an excellent write-up of Graham (including quotes from our very own Ethan Purser!) that's worth a read. Goldstein writes:

Graham has proven to be durable thus far despite his size, and shows feel for a three pitch mix. This should enable him to avoid consignment to the bullpen, which is often the case for shorter pitchers. Graham's ceiling is that of a high three, straddling the line between a number two and three pitcher. While that is his ceiling, I think he settles in as a solid three, with great groundball tendencies and enough strikeouts to matter in fantasy

Since Craig jinxed him wrote that piece, Graham was shelved due a strain in his pitching shoulder. Graham began throwing a month ago at the Braves' training complex in Florida, but Atlanta's choosing to take it slow with his injury rehab. Lucky, there was no structural damage, and Graham is expected to make a full (albeit slow) recovery. Assuming that he's fine - and we have no reason to believe he isn't - Graham is about as safe as pitching prospects go in Atlanta's system. He should settle into the Braves rotation sometime within the next two years, but should that fail, he can be an elite reliever, maybe even the heir to Craig Kimbrel.

Again, as a last note, the Braves' system right now is the "Big Three" and everyone else. Our voting between Sims, Wood, and Graham was extremely close, and you could easily justify putting them in any order in the top three.

Stay tuned tomorrow, when we'll bring you some of our favorite sleeper prospects: guys who didn't make our Top 25 but have the potential to be there in the future. We'll also have a post this weekend or early next week where fans can cast their votes for the Top 10 prospects in the system. We'll compile those rankings and publish them as the Talking Chop Fans' Top 10 Prospects.