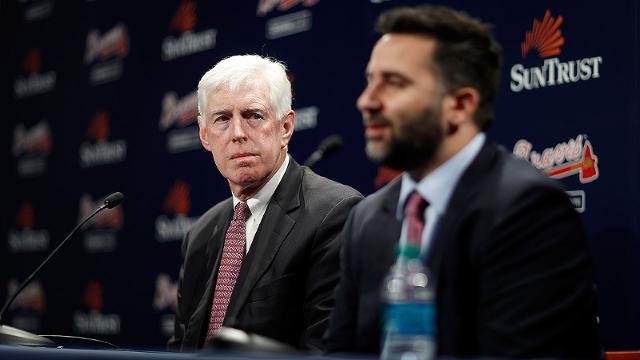 Earlier this year, Ken Rosenthal reported that the Atlanta Braves were saddled by debt. This brought into question the MLB debt service rule. So what is the Debt Service Rule? The spirit of the debt service rule is to prevent teams from over leveraging themselves and keeping a healthy balance sheet. The Debt Service Rule is a rather boring read, so here are the main highlights:

Liberty Media is a publicly traded media conglomerate. Some of Liberty’s larger holdings include Formula 1, SiriusXM, Live Nation Entertainment, and of course, the Atlanta Braves. As a publicly traded company, Liberty is legally required to provide a comprehensive summary every quarter of their financials, structure, subsidiaries, and more. Thanks the to the SEC EDGAR Braves fans can access insight on the financials of their favorite team.

First, let’s look at the 2017 fiscal year, and where the Braves stood. They ended with $667 in debt. With the adjustment for excludable debt. That left $592 in debt. Using the multiplier allowed to teams with stadium debt, the Braves required an $49 million EBITDA to satisfy the league.

Unfortunately, they finished just shy of the mark with $42 million EBITDA.

Next, let’s look at the first 6 months of 2018 to see if they’ve fared any better. At the end of Q2 the team reported $629 in debt. Minus the excludable debt adjustment that leaves $554 in debt, so they would need a $46 million EBITDA.

Again, they fall short with only a $35 million EBITDA.

Can the Braves achieve compliance? Do you believe in miracles?

There are reasons to believe the Braves will be able to attain an EBITDA to be within the terms of the leagues Debt Service Rule.

The author did attempt to project the remainder of Q3 attendance using the above table. The conservative projection figured a 2% decrease in attendance relative to 2017. Again, the main drivers for this decrease for Q3 are those doubleheaders. Additionally, a couple things should be noted about the projections: the projections don’t consider the tight division race which will likely drive ticket prices up down the stretch. Additionally, ticket sales and attendance are strongly correlated, but there is a difference between the two.

The Braves are currently atop the NL East with a 4.5 game lead over the Phillies. Truly miraculous for a team that was projected by most to finish under .500. Three playoff games could generate $15 million or more. Seven games $35 million. Eleven home playoff games and hopefully a World Series could generate $55 million in revenue. These are likely conservative, as they’re based on the revenue generated in the home opener this year.

Braves Developments is also picking up the slack and could potentially create revenue that didn't exist in previous years:

What happens if the team doesn’t satisfy the Debt Service Rule?

The Braves must submit a plan to the commissioner for review and approval outlining how the team will achieve compliance. There’s likely been dialogue between the commissioners office and the team since the team was out of compliance in 2017. Even if the commissioner isn’t satisfied with the plan, the team does have a way to generate capital that most teams don’t have. Liberty Media could issue more BATRK stock. Q2 2016 the team issued about 16 million new shares. Issuing 4 million new shares would create enough cash to cover more than $100 million of the outstanding debt, and bring the team within the terms of the Debt Service Rule.

Do you own the Atlanta Braves tracking stock?

This FanPost does not express the views or opinions of Battery Power.